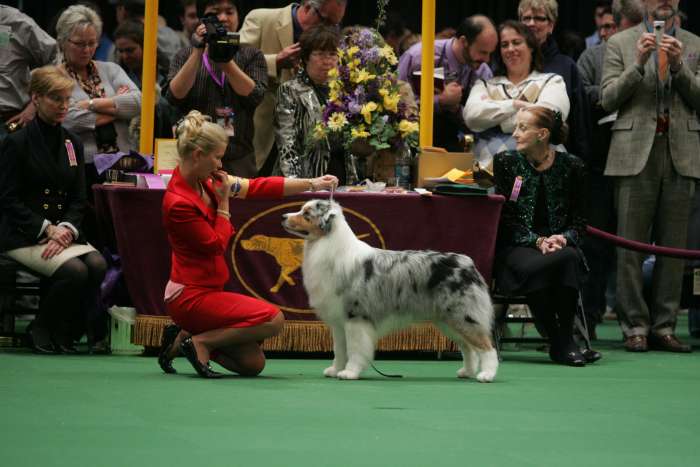 At the heart of the matter is how spay / neuter affects the dog’s hormones. When a dog’s reproductive organs are surgically removed, the sex hormones they produce also disappear. The sex hormones are responsible for more than just sexual behaviors and one of their responsibilities is regulating growth.

Breeders can readily spot the difference between an intact dog and a neutered dog: neutered dogs have longer limbs, narrower heads and bodies, and they are lighter in bone. When the sex hormones are removed, the growth hormones are missing important regulatory input and the bones continue to grow longer than they ought to. Studies have proven this to be true (Salmeri et al, JAVMA 1991).

In each long bone there is a growth (epiphyseal) plate, which is a band of cartilage found near the joint. This growth plate lays down bone as a puppy develops and, as it builds bone, the bone becomes longer and the puppy gets larger and taller. Once maturity is reached, this growth plate turns into bone and the puppy’s full height is reached.

When dogs are sterilized before maturity, the closure of some but not all growth plates may be delayed and this would be especially true if a dog is sterilized when only some of his growth plates are closed.

The dog’s elbow and stifle joints are similarly designed. Above each joint is one bone (the humerus and femur respectively), and below are two bones (in the elbow there is the radius and ulna and in the stifle there is the tibia and fibula). One bone effectively sits on two. What would happen if one of those bones underneath the joint stopped growing before the other bone and they ended up being different lengths? It would be very much like building a house on a slope: the weight of the home wouldn’t be evenly distributed and there would be increased load at the lowermost corner of the house.

The same could very well happen in the elbow and stifle joint when closure of the growth plates is artificially delayed and this could in turn lead to increased risk of both elbow dysplasia and cranial cruciate ligament tears.

Chris Zinc DVM PhD DACVP explains, “…if the femur has achieved its genetically determined normal length at eight months when a dog gets spayed or neutered, but the tibia, which normally stops growing at 12 to 14 months of age continues to grow, then an abnormal angle may develop at the stifle. In addition, with the extra growth, the lower leg below the stifle likely becomes heavier (because it is longer), and may cause increased stresses on the cranial cruciate ligament.”